Just a diary for myself. Yesterday, while I was using my MacBook Pro normally, a soft touch on the return key broke it apart into two pieces. 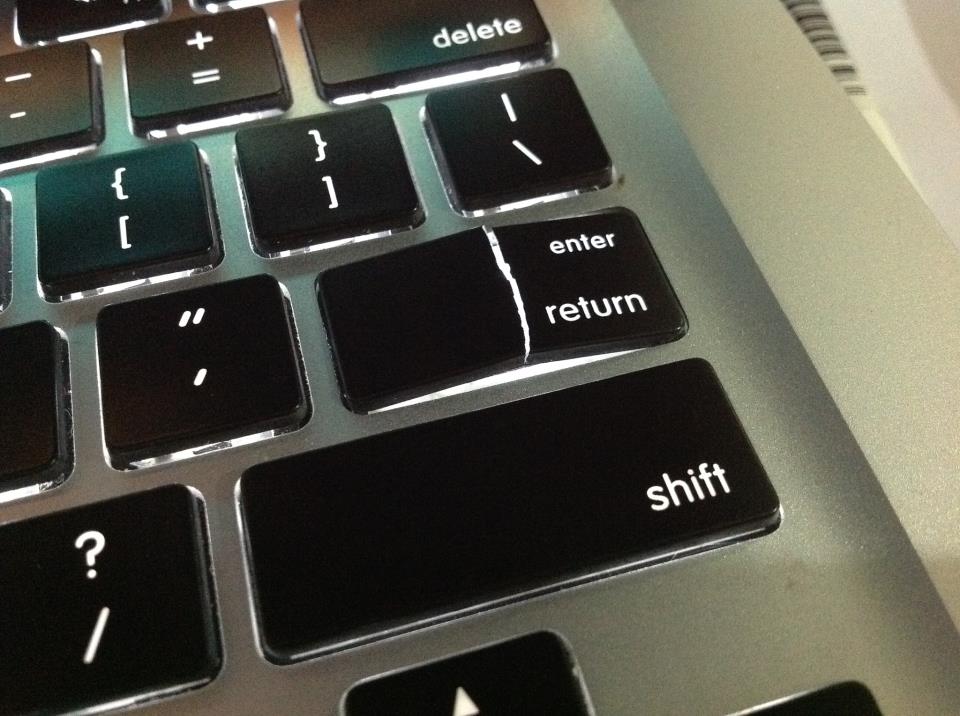 Right then I panicked. The Return key is one of the key I use constantly, for 278 days, and not being able to press it in a comfortable way could greatly impact my productivity.

Lucky for me that I still have my old MacBook with me (Early 2008 Model), so I think maybe I should try replace the Return key with my old MacBook’s

I researched on YouTube about how to replace MacBook keys, and I found a video on removing the Return key. So I practiced with some other keys in my old MacBook first.

The video recommended that we use some kind flat screwdriver because that’s a lot easier, but I don’t have it with me at that time, and that was late at night.

The best alternative is, well, a Lancer Spiral. 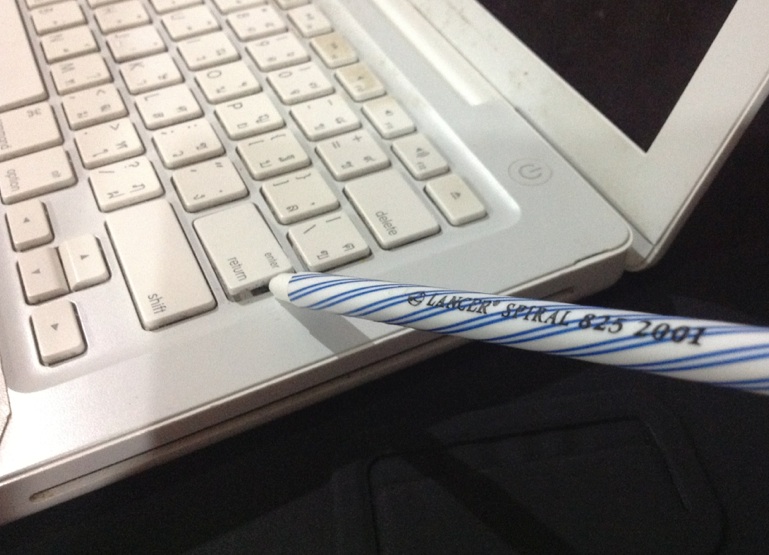 After tens of minutes of fiddling, I managed to pop the Return key out, but then underneath the key, the two models have different layout. Forcing it into my MacBook Pro’s keyboard made the key stuck and made it even harder to press return. 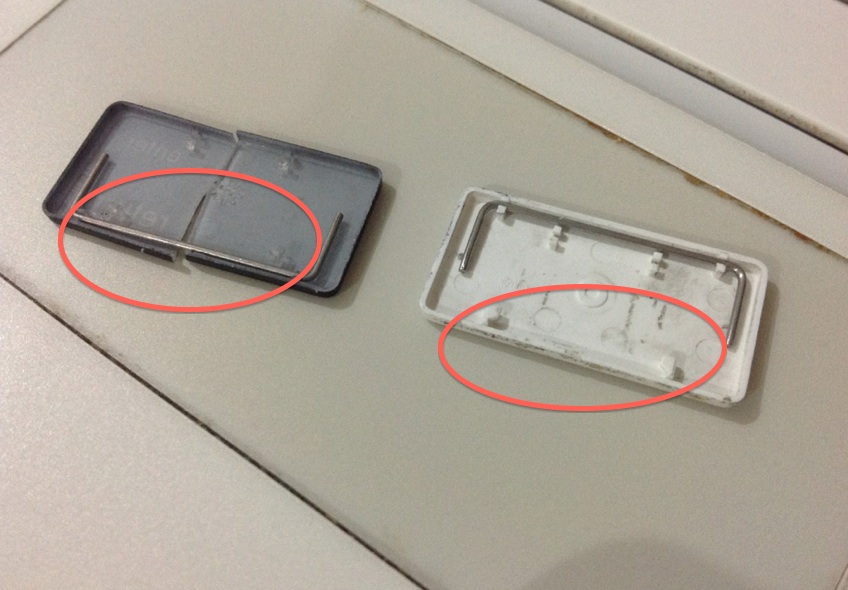 Now I’m totally out of luck. But thank God I suddenly feel like there’s nothing better to do, then let’s just pop the Caps Lock key out for brevity.

And looking below, the layout underneath the key matches exactly!

So I just push it back in place of the broken Return key and voila: 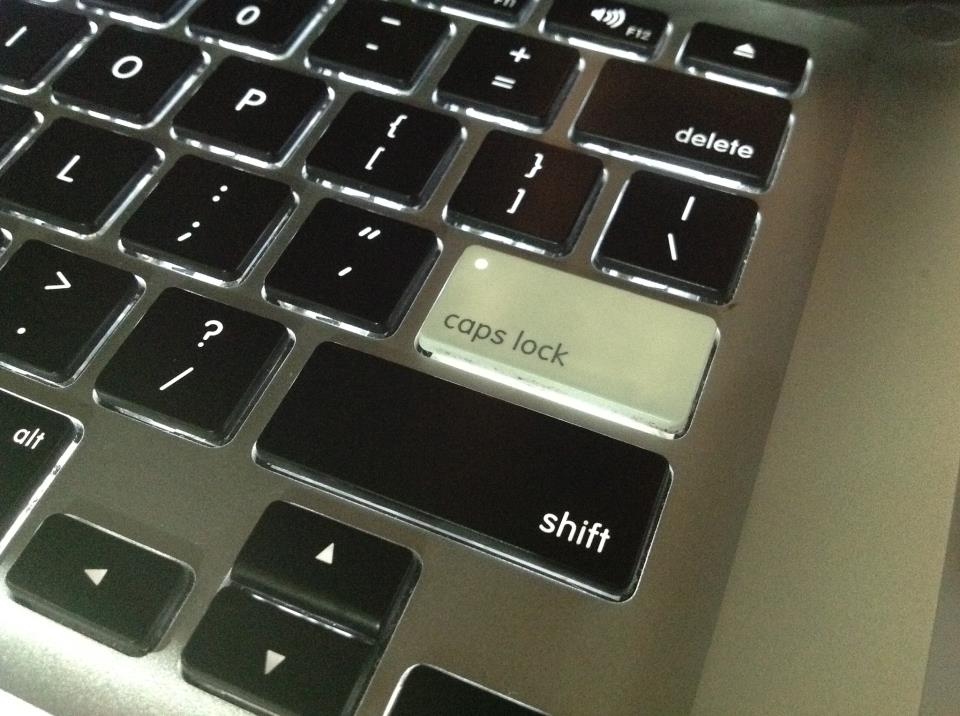 Oh and finally, where did my old Return key go? 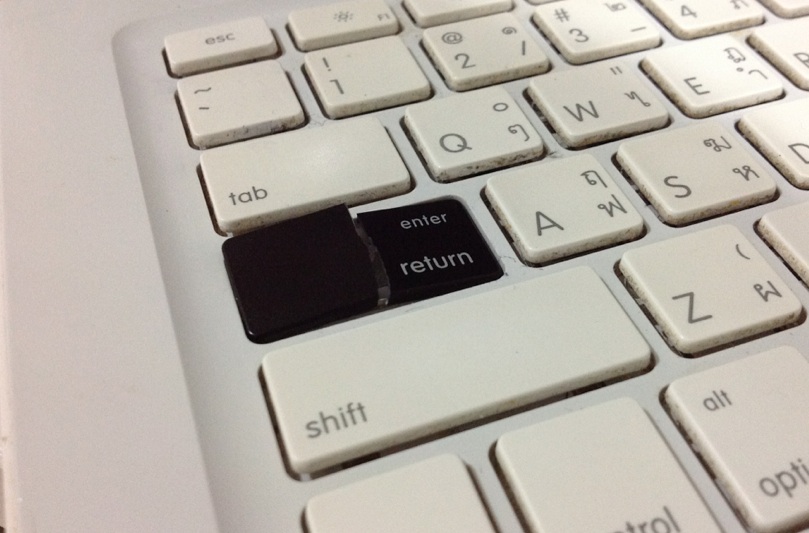